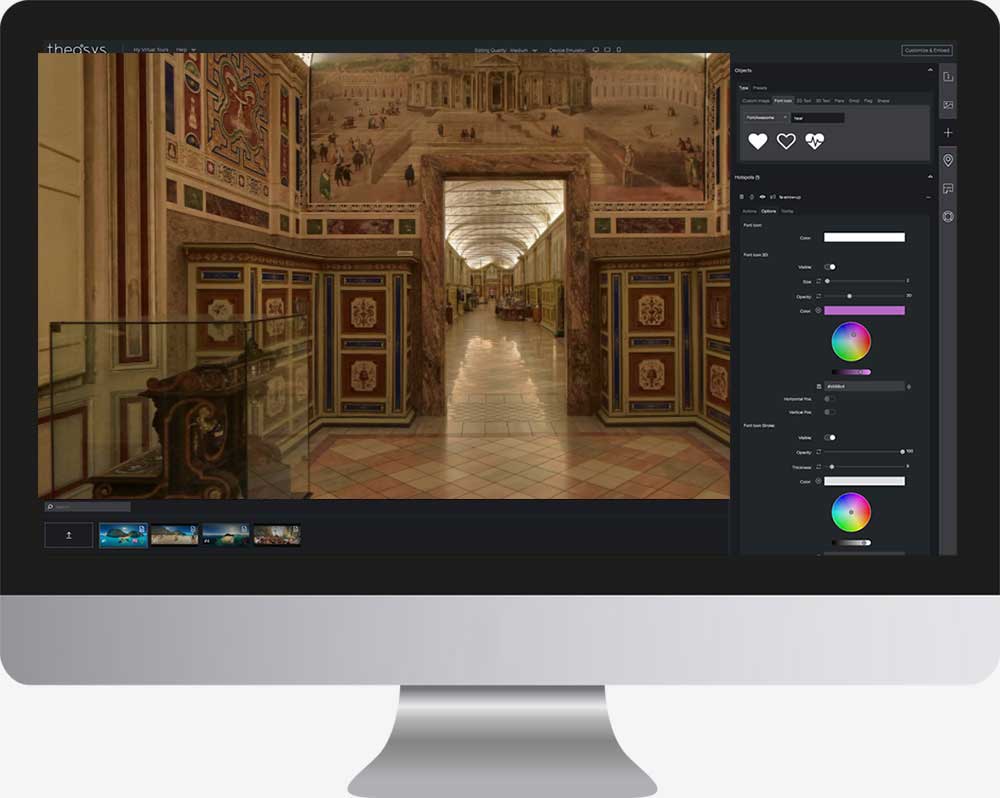 Nowadays, most people are fully acquainted with virtual tour images or 360 VR images and have shown great interest in these images. These types of images are beautiful for people because they convey a good and real feeling to people. In addition to people’s enthusiasm for these images, people like to benefit from these images for their environment. To design this type of images, you must use 360 VR Tour softwares, which is also a variety of software.

To build and design a VR Tour, you must use virtual tour design applications. These can help you a lot to create these images.

Virtual tour is the best kind of advertising in this age. You can display a complete and three-dimensional plan of your property with a virtual tour. Virtual and 3D tour facilities include:

-Ability to tag: Add text, photos and video to the virtual tour to show and introduce the outstanding features of the house.

Measuring tools: Measuring every part of the house including walls, windows, equipment and so on.

Survey tour: People can walk in the environment virtually and imagine themselves in that space.

Adding audio: It is possible to add audio descriptions of each room / 360-degree photo.

3D model file: You can download the home 3D file (FBX) and call in 3D software.

Agency Management Panel: With this panel, real estate managers will have more professional consultants and can check and control their performance.

some of the free 360 VR Tour software

One of the most important software for making 360 VR Tour images is Pano2vr software. This software is completely offline and does not require any internet. On the other hand, its level is very high and quite user-friendly for people who try to create such images. This application lets people view any image, link, sound and…. Use and fully customize the images.

One of the most important advantages of Pano2vr is that it is multilingual, which is very rare and special among the best free 360 VR Tour software. Also, the output you receive from this software is very high quality.Being user-friendly does not mean that it is simple and easy to use, of course it is not difficult and complicated, but you need to practice to work with it.

The second software that we introduce for designing 3D images or the same 360 VR Tour is 3DVista Virtual Tour Suite software. This virtual tour design software also has good features and is one of the Best free 360 VR Tour software. Using this software, which is only applicable to the Windows operating system, you can create virtual tour images for your environment and publish it on a website, Google Map and etc. it also has a simple and user-friendly interface and also allows users to select their panoramic images and make changes to them.

This app that lets you design your own 360-degree images is entirely from Flash Player, Google Maps, panoramic images, and more.

Google Tour Creator is another program for creating a virtual tour that has an easy user interface but has limited features compared to other programs in its class. One of the most important disadvantages of this virtual tour design software is the impossibility of creating a hotspot on images. You cannot use the output that Google Tour Creator gives you on your host and you should only upload it to Google. In addition, the output of this program is reduced in quality.

The Orbix 360 program is one of the Best free 360 VR Tour software that includes very few features. Although this software is simple and easy to use, but the output of this program has lower quality and is considered as a mediocre program.

-Increasing the number of visits to property ads by 40%.

-Increasing the number of banner calls by 95%.

-Up to 62% of real estate consultants are more professional and reputable.

-80 percent of real estate consulting clients trade a home once.

Effects of color in interior design

The advantages of concrete structure